How hard is it to be #1? To be #1 in real estate you have to list and sell more properties than the best of the best, and in Bryan/College Station, there are EXCEPTIONAL agents.

Kristi Fox Satsky has done the almost impossible in 2021, overcoming the covid pandemic and MANY other issues. She has given of herself through work with charities, donations, taken care of her family and ALSO worked with over 150 buyers and sellers already this year. How does she do it? How does Kristi do all of this? She is able to be #1 because for years she has done such a great job with her clients, they return to do business with her over and over again. She is a true CENTURY 21 Beal ROCKSTAR agent!

Below is Kristi’s bio. Learn a little more about her and give her a call when you are thinking of buying or selling real estate. You will be glad you did. 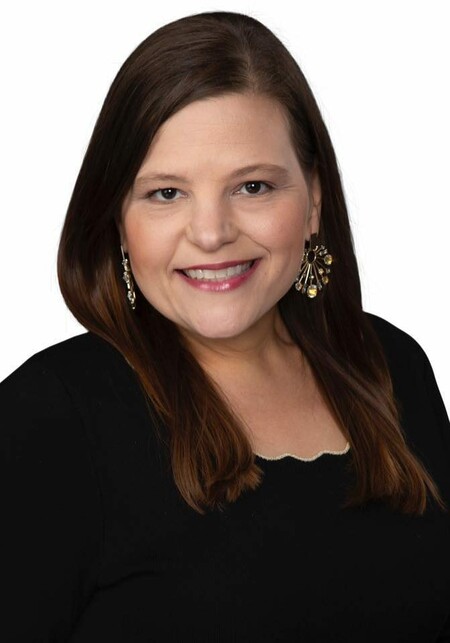 Kristi Fox Satsky was raised in Caldwell, Texas. She has a twin sister, and is the oldest of 5 girls. From a very early age, Kristi had it in her heart to put smiles on everyone’s faces and help others as much as she could. She started showing her heart as a little girl dressed as an elf with her sister and cousins, singingChristmas Carols and handing out candy canes to the local nursing home residents. At the time she thought it was a little fun… and a little scary, but it instilled something that has never left her and guided her down a path that would end up being an incredible story. She would go on to be involved in every club and organization you can possible do at school, plus SPJST and 4H, where she really got her start as a leader. Never did you see a child so involved, and that has carried over to adulthood in such a big way. Kristi’s grandparents were extremely involved in her community, and her WWII veteran grandfather continued to serve until his death at 102 years old. She likes to say “it’s in my DNA!”

Kristi wanted to know where everyone lived, even as a little girl. After graduating Caldwell High School, Kristi moved to Bryan/College Station as fast as she could to begin Blinn Jr. College. But the desire and need for a full-time career eventually won out over school and she went on to manage a software development company for 4 years. At 19 years old Kristi started going to every open house and even climbed in windows of vacant homes just to see them. She was determined to buy her first home and she managed to do so at only 19. She was hooked! By 22 years old, Kristi sold that one herself and went on to build a home and sell it was well. She had an ability and a servant’s heart, so before she was 23, she finished her real estate certification and she started a career with the number 1 Real Estate company in the area, Century 21 Beal. Real Estate is where she could combine her love of homes with the desire to help people and make others dreams come true. From a young age, her goal in life was to be a blessing to others, and real estate awarded that opportunity. 21 years later, she is a top producing agent with 18 Century 21 Centurion and Double Centurion trophies, averaging well over 100 sales per year. She has been named the Best of the BCS and The Eagle’s Readers’ Choice award for the Best REALTOR® in the area. She has been named as a member of the Century 21 Centurion Honor Society and received the Century 21 President’s Award for achieving both a high level of production combined with the Quality Service Pinnacle award, of which she is most proud of. She is listed as one of Real Trends Top 1000, and named as one of “America’s Best” Real Estate Agents. She was named top 50 REALTORS® on the Rise for the national publication Real Estate Magazine and when she was a little younger… she was named REALTOR® Magazines Top 30 agents under 30 in America. Kristi’s most prized moment beyond her marriage and children, was winning the Bryan-College Station Community Impact Award in 2018. In 2020, Kristi achieved one of the greatest honors in her field, when she was named the Dick Loughin International Hall of Fame Inductee for 2020. Kristi was chosen out of 135,000 agents worldwide for this highest of achievements!

Kristi is a real estate agent with Century 21 Beal on University Drive. She has a fabulous team, the Kristi Fox Team, that help her give her best to her clients. In 2015, to celebrate her 15-year anniversary in Real Estate, she prayed for a way to thank the community for all of the years of loyal support she has been given. Her prayers were answered when a random phone call came in and she accepted the position as an affiliate for Homes for Heroes®. This national organization started after 9/11 to give back to the Heroes that work so hard protecting us and working to serve us every day. Our Military, Firefighters, Law Enforcement, Teachers and Healthcare Professionals who are not often awarded enough are gifted huge portions of Kristi’s commissions when she helps them buy or sell a home. Kristi has pledged $100,000 per year to local heroes every year since she started her affiliation, and was honored to reach her goal of giving since 2017. She was recognized as part of the coveted “Circle of Giving” as one of the very top Homes for Heroes agents in the country. Kristi has traveled the country speaking to other agents to help them grow as she has in the industry and is constantly trying to motivate them to join her on her “philanthropic bandwagon.” Kristi is a leader in not only her industry but also in her community.

Kristi is a past director for the Bryan-College Station Board of REALTORS®, and serves on the Still Creek Ranch Board of Directors, the community advisory council for Ronald McDonald House Charities of Central Texas, a lifetime member of the Brazos Valley Rehabilitation Center Board of Directors. Kristi also currently serves as a Trustee for First United Methodist Church of Bryan. She was also a charter member of the local Women’s Council of REALTORS®, Lifetime Member of Easter Seals East Texas board of directors, and served on the Staff Parish Relations Committee at First United Methodist Church of Bryan. She is a Chamber of Commerce Ambassador Alumni, after serving as an Ambassador for 5 years, as well as a graduate of Leadership Brazos and a member of the Leadership Brazos Alumni Association. She is a graduate of the coveted Texas REALTORS® Leadership Program, and a Presidents Circle member for the Texas REALTORS® Political Action Committee, where she was also named to their Hall of Fame. Kristi has helped create and put on 2 local annual fundraisers, the Brazos Valley Rehabilitation Center Power of the Purse, Still Creek Boots and Bling. She served as the Chair of the local REALTOR®/Builder Committee which brings the real estate community together at events that she oversaw for 8 years such as the Spring Mixer and Halloween Fall Festival. Kristi also serves on her local REALTOR® Association TREPAC committee. She has been active previously and continues to support other local organizations such as Brazos Valley Cares, Junior League of BCS, American Cancer Society, Habitat for Humanity, and many others in the area, especially organizations that help her to give back to her coveted Heroes. Kristi is married to Jody Satsky, and they own Inspections Plus Automotive in Bryan. They have two girls, Natalie, a 14 year-old sweetheart, and Delaney, a spunky 10 year-old who is also known as “little Kristi.” She is also mom to her perfectly ferocious chihuahua, Bella Kate.

Kristi feels that there are two answers to the question “what has made you so successful.” She answers simply “God and Century 21.” Kristi is commonly asked how she does it all, but she says she just looks to the Lord for His guidance, the energy to sustain all she is called to do, and His blessings in order to give back as much as she can to her community. She sums up her success and her mission with a famous John Wesley quote that she lives by: